It has been a little quiet on my blog this month, as we spent three lovely weeks in Switzerland in June. Lucky us! But more on that later. It snowed at our place the day before we returned home, and now a few days later most of it still hasn't melted. Instead, it has re-frozen into lumps of ice and frost. Our house sitter says the temperature did not rise above 10 degrees while we were away. Here are a few shots taken this morning, 0.5 degrees at the time. The dogs' water bowl had frozen over, as had the cat's one in the shed. I turned Lilly's heated pet bed on 24 hours instead of just overnight. The bluestone gravel in the driveway no longer crunches underfoot as it has all frozen together. The sky is clear and sunny and the air lovely and fresh. It's good to be home. 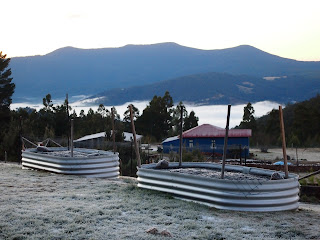 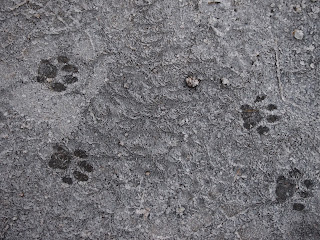 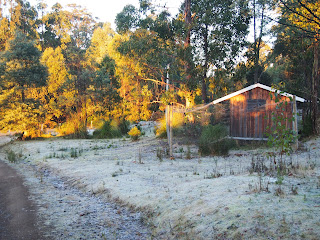 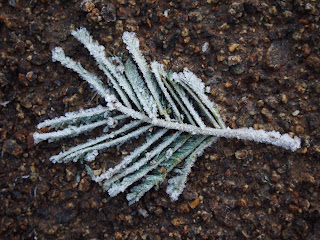 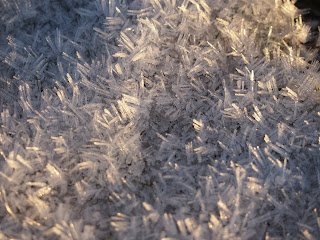 One day during our first few months in Tasmania, I came inside after doing a little gardening to find some blood on the lower leg of my jeans. I rolled down my sock to find a hole in my shin bleeding freely. No sign of a leech, but that's what had done it. It was strange, because it wasn't a particularly damp day, but they were obviously lurking on our front grass where I had been kneeling to weed around a tree.

Exactly the same thing had happened to me a few years ago in Sydney after a night-time bush walk with my Wild Women on Top trek training group - I arrived home with a blood-soaked sock and a leech bite. And one wet morning while training on some stairs near Balmoral Beach in Sydney, I remember flicking some off my fingers after they had managed to climb aboard from the wooden railings. They are very sticky little things.

It seems any warm blood will do for a feed - doesn't have to be human. We once found a 'hairy' fat leech climbing up the inside of the glass door in our lounge room that had clearly fallen off one of our dogs. And only last month poor Gretchen was suddenly frightened of her beanbag dog bed and refused to sit on it. On closer investigation, we found a fat leech wriggling around on it.

Every Tasmanian bush walker has tales of leeches. One of my favourite tales of leeches in Tasmania is in a book by Di Westaway called 'How to prepare for world class treks'. Di is an adventure fitness expert and founder of Wild Women on Top, the amazing trek training organisation I mentioned earlier. She and a few other 'wild women' decided to bathe in a nice private spot along the Overland Track from Cradle Mountain. Standing stark naked on stream banks, one woman screamed as she found leeches crawling around her ankles. On discovering that leeches had crawled onto their clothes, shoes, packs and bodies, they threw on Gore-Tex jackets and fled to the balcony of New Pelion hut to sort out the mess, but ended up shrieking with laughter at the sight of five women wearing only Gore-tex jackets running from leeches.

Leeches still make me go 'ewwww', but after reading the Parks & Wildlife Service page about these fascinating little creatures I am more interested than scared.
Posted by Susan Moore at 9:30 AM No comments: 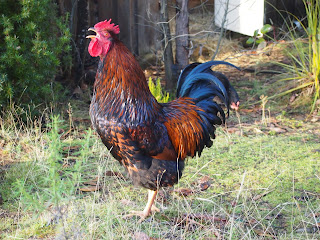 Can you see why we call him Russell? I know the sound drives some people nuts, but it makes me laugh. That said, it might not be so amusing if our chook house was close to our house. The crowing is mostly at a distance.
Posted by Susan Moore at 10:09 AM 4 comments: 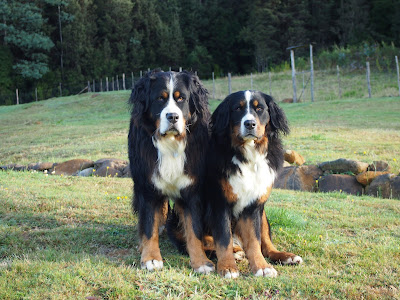 From blog to book 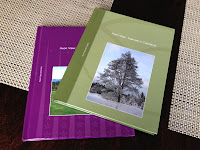 To keep a record of our first 12 months in Tasmania, and share it with a few family and friends who are more "offline" kinds of people, last year I turned my blog into a book using a service called Blog2Print. You can choose a cover, hard or soft, photos for the front and back, select which posts to include if you wish, a title and so on. After our second year here, I did the same thing with another year's worth of posts. A few weeks later, these glossy books showed up in the post. Easy!