I never envisaged spending late afternoons standing guard at the chook shed door, chasing away pademelons so the birds can go inside to roost. There is one particular offender: 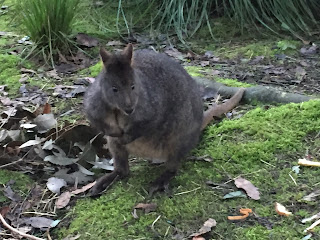 As darkness falls he hops out of the bush and makes a beeline for the shed, where he knows he will find leftover grain and other tasty treats. If I get there any later, he has invited some friends. He is very persistent. If I shoo him out, he simply hops around in a circle and attempts to re-enter the shed. But they are so cute, it's hard to be annoyed. 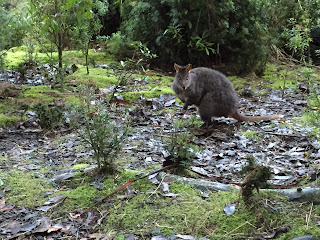 One of these things is not like the other ones: 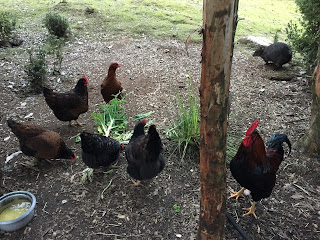 As one of my friends commented, this ain't New York! Here at the other end of the earth, I feel so privileged to share our home with so many wonderful, entertaining creatures.
Posted by Susan Moore at 8:00 AM No comments:

At 3am on the fourth of July for the past 19 years, lawyer and historian James S. Kaplan has led a walking tour of lower Manhattan, explaining New York's role in the American revolutionary war. He calls it his 'personal fight against historical ignorance'. When I realised I was going to be landing in New York late on the third of July, I stumbled across an event listing for this tour in the Time Out guide and thought "why not"? It's unlikely I will be in the US on this important day again. My knowledge of American history is pretty poor and I was keen to know more. So I booked my $20 ticket online, and after only three hours sleep, hopped in a cab from my hotel down to City Hall to join around 40-50 other people strolling behind James with his megaphone along the empty city streets in the early hours.

Promoted by the Fraunces Tavern Museum, the walking tour passes historical sites of significance in and around what is now the financial district. Many people know about the role that Boston and Philadelphia played in the war for American independence, but relatively few have heard the fascinating tales of what happened in New York. The tour concluded at 7am by laying wreaths on the graves of revolutionary war heroes Alexander Hamilton, Marinus Willett and Horatio Gates, in the Trinity Church Graveyard. Then back to my hotel to sleep for a few hours, so I could enjoy the Macy's Fourth of July Fireworks later on. 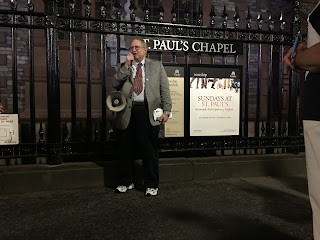 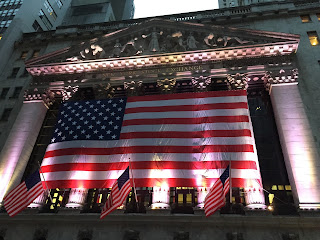 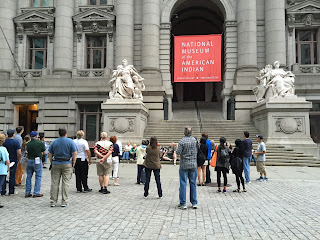 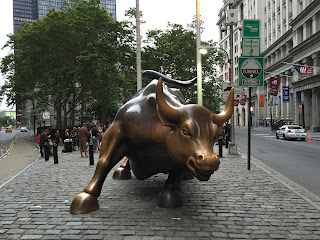 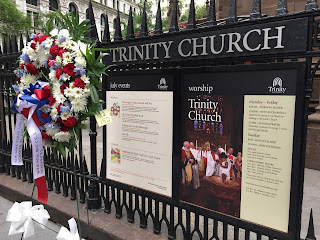 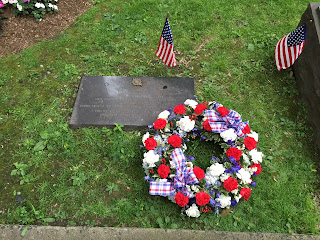 Posted by Susan Moore at 9:42 AM No comments:

When I travel, I like to ask people what they know about Tasmania. Five years ago, Taz the Tasmanian devil from the Looney Tunes cartoon was the best most people in the US could come up with. On my most recent visit this month, it was a different story. Yes, Taz came up, but so did Richard Flanagan and his Man Booker prize winning novel, convict history, the film The Hunter, world-class hiking and pinot noir. I even met a couple of people who between them could name three of Tasmania's award wining whisky distillers... OK, I met those people at Kings County Distillery in Brooklyn, so that might be expected.

Kings County is one of a new breed of urban distillers. They make bourbon, moonshine and a few other small batch spirits from a historic building in the Brooklyn Navy Yard and bill themselves as New York's oldest distiller... since prohibition that is. They've been operating since 2010. On Saturdays, you can tour the distillery and learn about the history and process of distilling from corn and malted barley and sample some of the end product, aged in American oak. There's a sunny 'whiskey garden' with pop up food providers in summer. I tried a brandy distilled from a 'dud' batch of wine from a local producer. It was delicious. They even have a super friendly distillery cat. 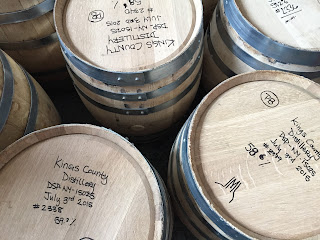 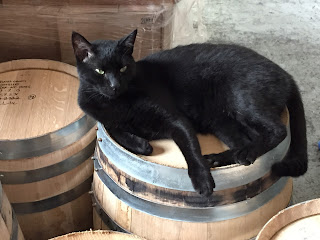 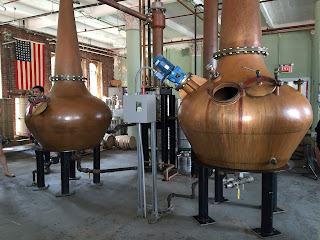 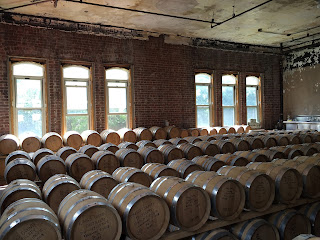 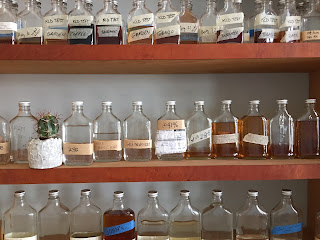 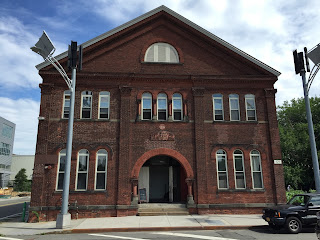 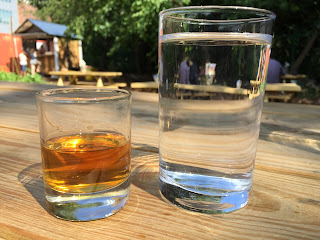 Posted by Susan Moore at 9:53 AM No comments:

Hot spiced cider. Pulled pork buns. Mulled pinot. Flammkuchen Bavarian style: a hot flatbread with potato, sauerkraut, garlic and fresh herbs. A sugared doughnut stuffed with chocolate and rhubarb. Delicious chocolates from Cygneture. Music and storytelling. And the burning of 'Willie', a.k.a. midwinter man. We didn't make it to the Huon Valley Mid-winter Fest last year, so glad we did this year. It was an all-round terrific way to spend a frosty Friday night. 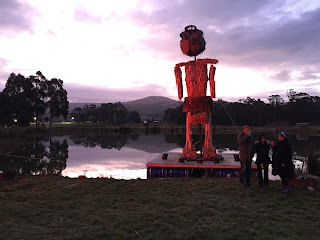 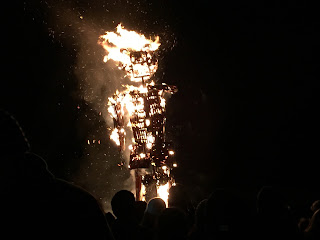 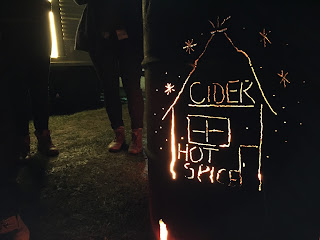 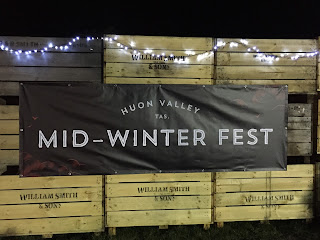 Posted by Susan Moore at 8:34 PM No comments: