Tasmania has turned on some stunning weather to close out summer - the official dates anyway. In reality December isn't really summer yet and it does extend into March. We've had bright, warm sunny days and glorious evening skies. Perfect for being outdoors and having all the windows open. 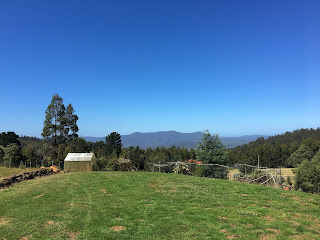 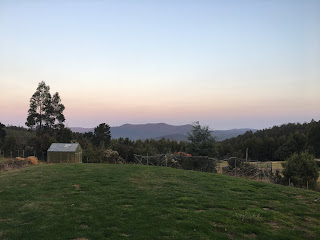 Posted by Susan Moore at 9:30 PM No comments:

Over the past couple of weeks, some industrious possums (I am assuming it's more than one) have eaten their way through our little orchard. All the leaves off the trees and all the fruit gone. Including two trees full of almost-ripe plums and two heavy with unripe pears. But then I spotted this in the middle of our yard and felt truly devastated. 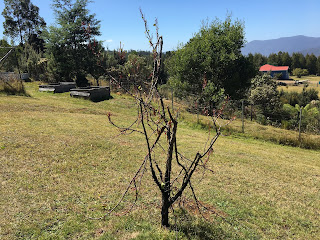 My one-and-only apricot tree, which bore only one apricot this year. Luckily I ate it before the possum got there. However, Mr. Possum has eaten almost all of its leaves and broken almost all of the 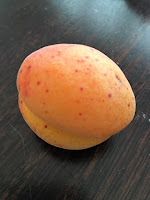 small branches, leaving what was a nicely shaped small tree completely lopsided and bare. I felt so sad when I saw it I was ready throw in the towel and give up gardening for good. Chatting to a neighbour today, we were wondering if the possums have been pushed out of the forest behind us by the bushfires. Certainly we have noticed a lot more pademelons and some large Bennetts wallabies since we returned home.

In happier garden news, we've had a few kilos of blueberries from our two small bushes. And there is silverbeet. Beetroot. And carrots. These are all growing inside a fully enclosed chicken wire veggie patch so safe from naughty possums, even if the odd bunny or bandicoot breaks in. 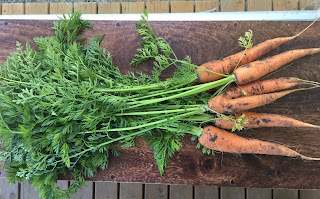 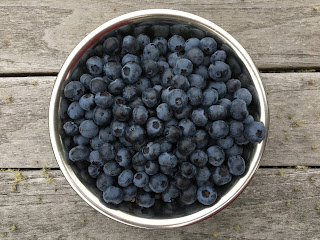 Posted by Susan Moore at 9:21 PM No comments:

It has to be said. Well, I feel the need to say it, so here goes. During the recent bushfire emergency here in southern Tasmania, social media was both a source of very useful information (how good are the Tasmania Fire Service, Tasmania Police and TasAlert?) and a cesspit of exaggerated claims, misinformation, unsubstantiated drama, attention seeking and just plain silly behaviour. Among the rubbish I saw online during the two weeks of high alert included:

One of my neighbours lives on her own up here hear the forestry and was so anxious for five days before we actually needed to evacuate that she called or texted me almost every hour, asking "should we leave yet? Are you leaving now?" This wasn't helped by the misinformation and drama she was hearing. Please, before you post a dramatic, dare I say inflammatory, post on social media in an emergency situation, get your facts straight and think about the potential impact of your post on people who are already stressed and anxious. There's a reason the Tasmanian Fire Service alerts seem a little vague - everyone needs to make the best decision for themselves at the time based on known facts. What's right for a fit couple with the equipment and will to defend their own property is probably not right for a frail elderly person, someone with severe asthma or a family with five children and a menagerie of animals.

A couple of days after we were able to return home, I received an invitation to join a Facebook group that aims to help people near the Tahune fire to communicate. I love what the group admin had to say about sharing information in the group:

*** Please make sure that any information you share is ACCURATE. By accurate, we mean from TFS, police, a 100% accurate conversation you have had with someone on site or you have seen it with your own eyes, NOT what your mate heard from someone else. We don't want people scared for no reason. Also, when regarding your safety, ONLY follow advice from emergency services! Stay safe!

A couple of other tips that might be useful if you're thinking about how to prepare for the increased likelihood of extreme weather events in the future:

Posted by Susan Moore at 9:45 PM No comments:

On Monday we were able to return home, thankful and relieved. Hooray! We did a huge pile of washing and emptied and repacked our suitcases (properly this time) in case we needed to evacuate again. Made a dash to the vet as our old dog Baerli didn't seem well. There was still thick smoke and a constant stream of fire trucks and heavy equipment going up our road and choppers going over which made me uneasy, but we found out they were back burning and clearing fire breaks behind us. The yard and paddocks are littered with blackened leaves and chunks of bark. Things could have been a whole lot worse. 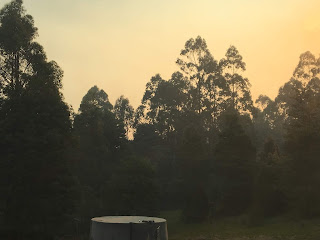 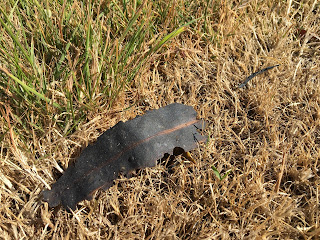 Our kind host during the time we were away from home had warned me that the time after the fires might be hard. That coming down after being in a constant state of worry and high alert can take its toll. The Beyond Blue web site has some information on looking after yourself after a disaster, but somehow I don't feel like David and I experienced a "disaster" as such - we are safe and well, as are our animals and the house. It's 10 years since the horrific Black Saturday fires in Victoria, which killed 173 people. We know how lucky we are that Tasmania has seen no loss of life in the current spate of bushfires.

I confess I've wished our house had burned down. Only a fleeting thought, but the "what if" discussions (and black humoured banter) between us and our dear neighbours during the evacuation time sparked my imagination. Maybe we could just pack up and go housesitting around the world, use the insurance money to buy a nice camper and go sit next to a beach for a while, rebuild the kind of home we'd really like... or any number of new and interesting options. Instead, it's back to the grindstone and struggling with two weeks of backlog at work, a pile that I can't see any way out from. Nothing exciting ahead.

Today it's raining, good solid rain that should dampen the fires that are still burning out of control around the state, help consolidate the work of the firefighters, refill our tanks and make the garden happy. We've had 30mm today and it looks like the rain is falling where it is needed here in southern Tasmania. For that I am grateful. And happily, Baerli has perked up again now that the weather is cooler and she's back in her favourite spot on the lounge. 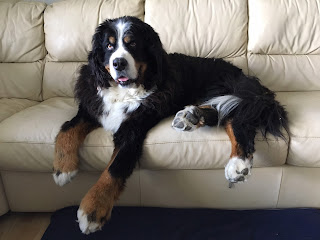 Posted by Susan Moore at 3:40 PM No comments: