Driving back from Kingston Beach in extremely high winds at midday on Sunday, we spotted power lines down on our road. It wasn't a huge surprise. It was only a few hundred metres down the hill from where they came down last time, but at least this time the road wasn't blocked. By the time we pulled up in our driveway, our neighbour showed up on his way down to investigate why they had lost power too. As we were chatting another neighbour called - he had already reported the outage, so there was little to do but get on with things and wait it out. 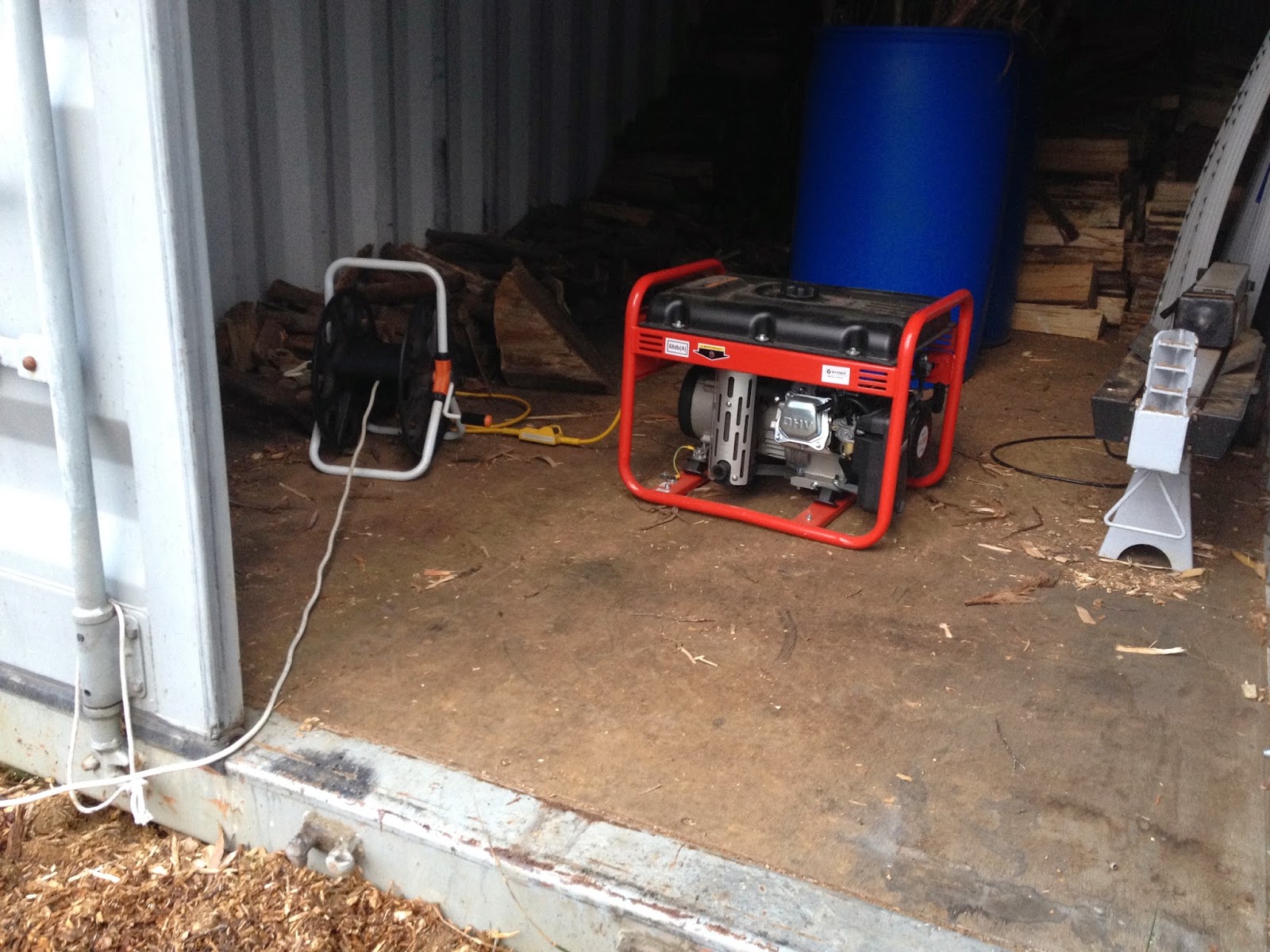 It seems these days everything requires power, and not just the obvious appliances like the fridge, the lights and the TV. We need it to pump water from our tank so that we have running water and flushing toilets. We need it to open the garage doors. We need it to work (to charge up the PC battery and the phone and to connect to the internet). David bought a diesel generator a while back and it has proven very useful. He rigged it up via a long extension lead to a power board in the house so we could plug in the fridge and avoid spoilage. We plugged in the water pump for long enough to fill kettles, saucepans and buckets of water. Charged up our phones. Abandoned plans to make ice cream. 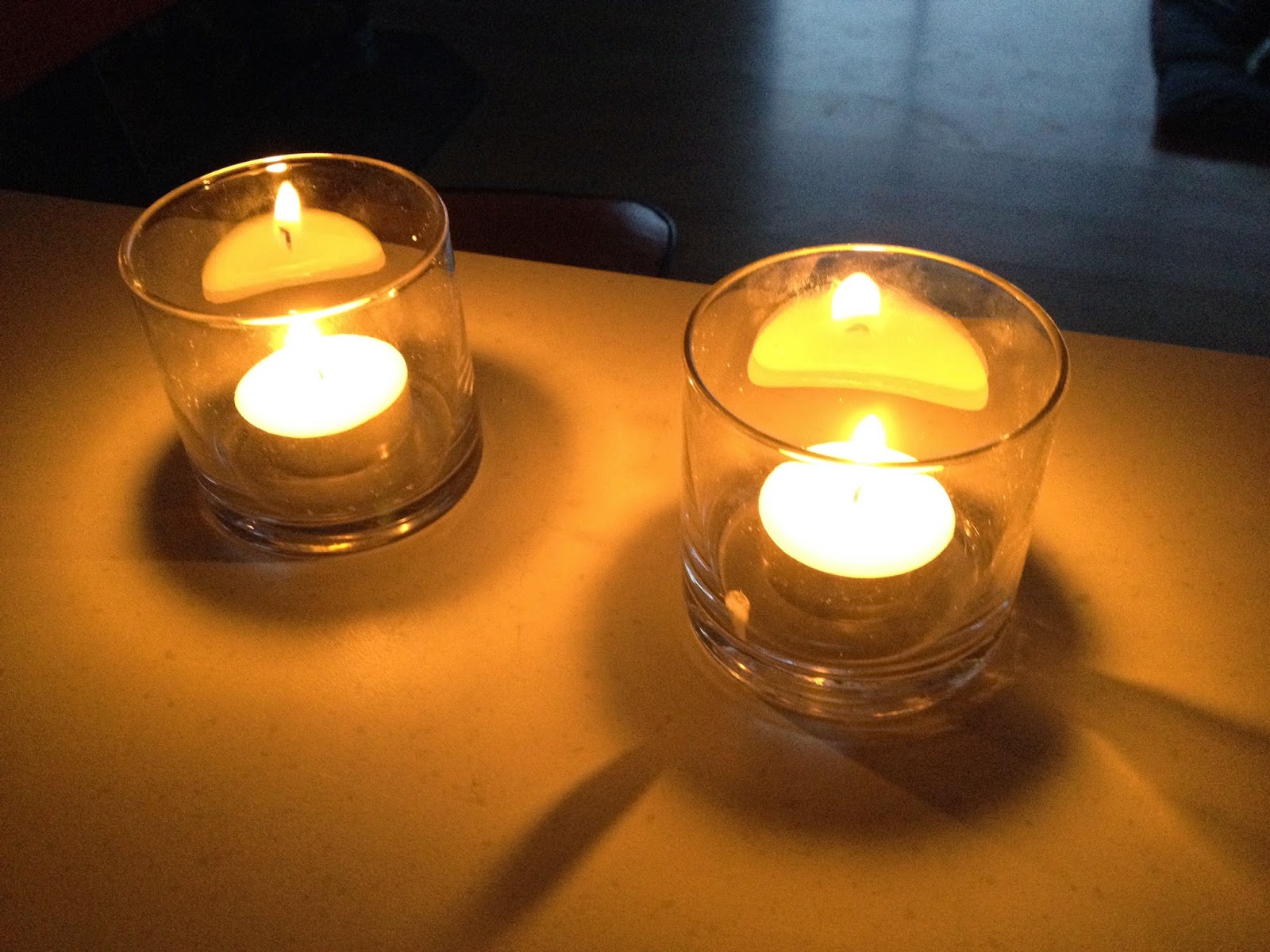 Following the last power outage, I entered an ABC Radio competition and won a wind up/solar/USB charged radio and torch. We were able to listen to the radio all evening! I made chicken and vegetable udon noodle soup on the gas stove top, lit all the candles and settled in to read a book on my iPad in the dark. On Monday morning I worked for a few hours in a Huonville cafe and the local library while David visited a customer. The TasNetworks guys were hard at work restoring power as we drove home, and not long afterwards the alarm clocks started flashing and the water filled the cisterns. Power on. 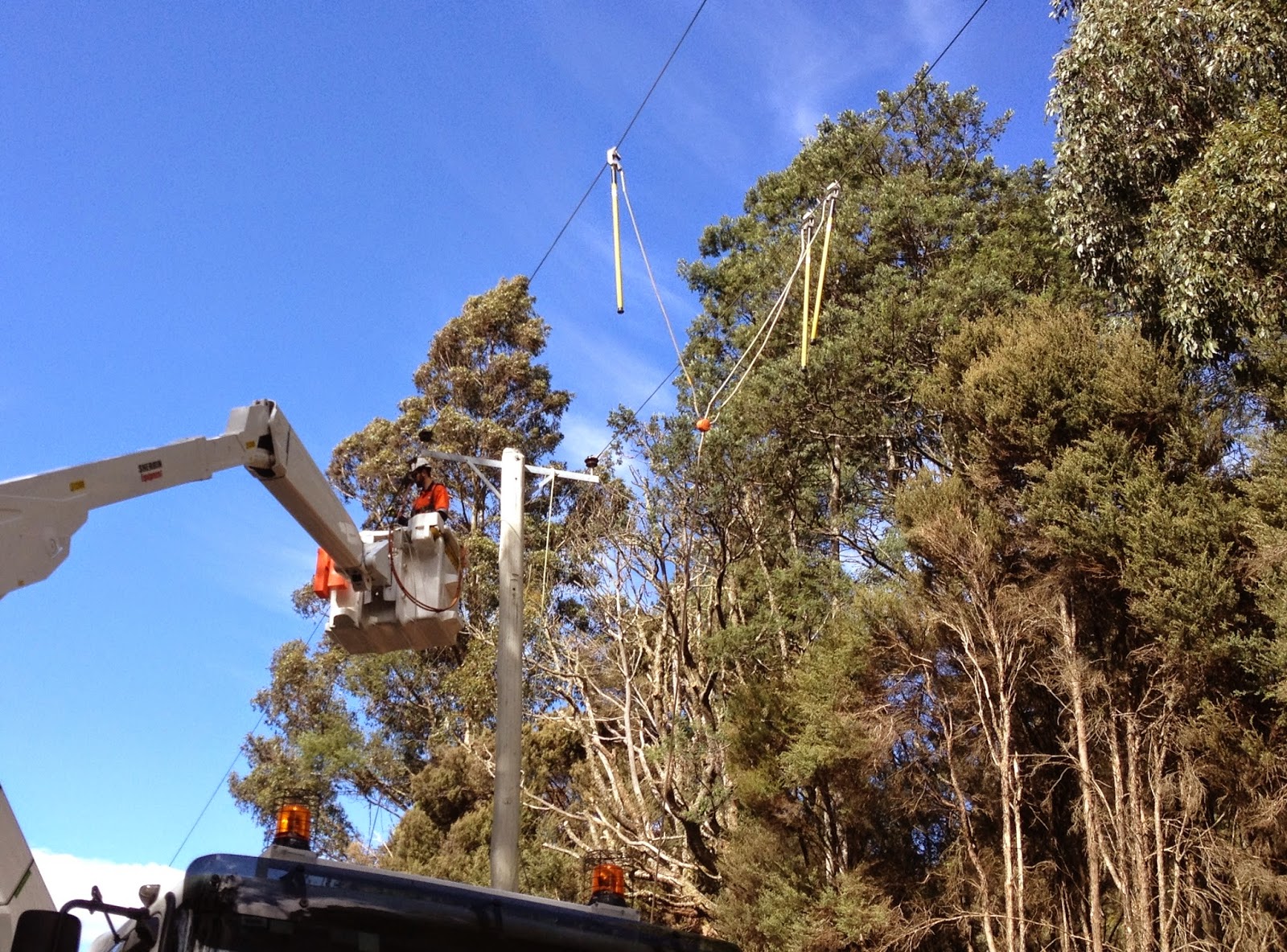 Up a country lane 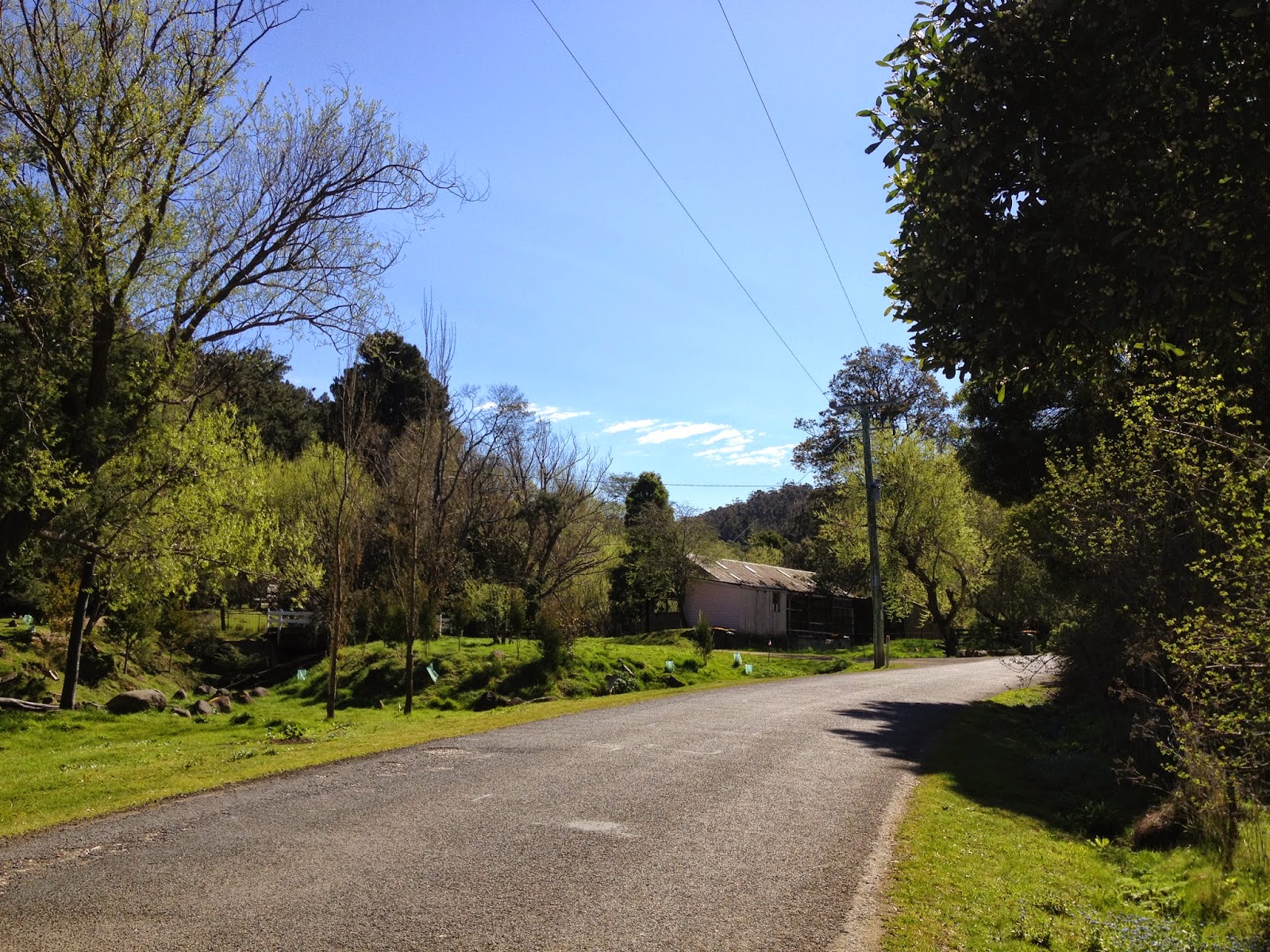 When we first moved here, I started exploring our immediate area on foot. I would drive to the start of a road leading up from the Huon River, park at the bottom, and walk to the top of the road. Just to see what was up there, and the view of course. I haven't done that in a while, so today I walked up Castle Forbes Road, then Harwood Road and down Fourfoot Road to Geeveston, where I got on the Tassielink bus back to the car at Castle Forbes Bay. 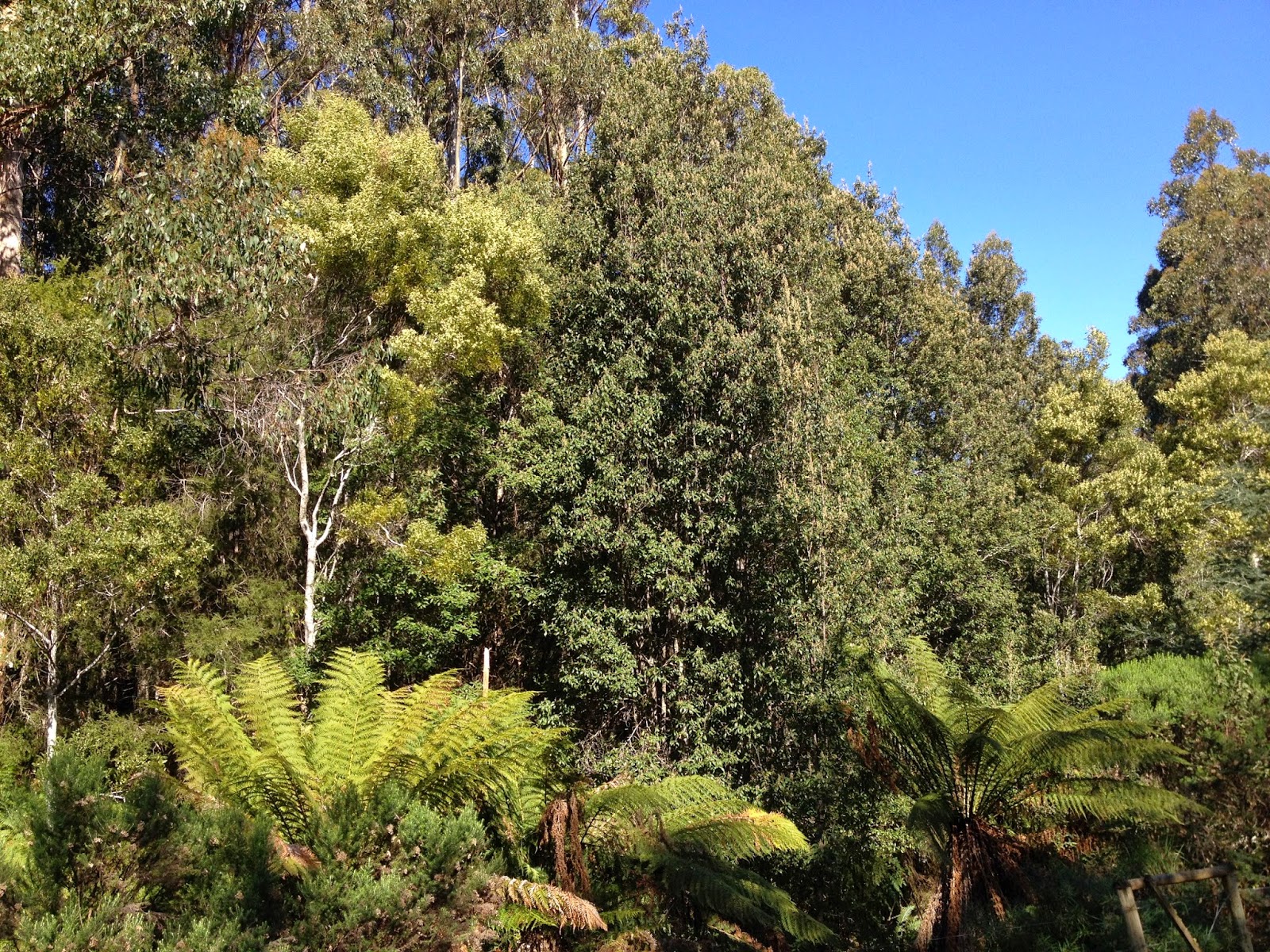 As I climbed higher, I noticed a familiar smell in the air... leatherwood! The leatherwood trees are in flower - you can see one in the picture above. "I hope the bees are busy making honey," I thought, then looked up to my left and saw a collection of white hive boxes on the hillside. I love leatherwood honey. 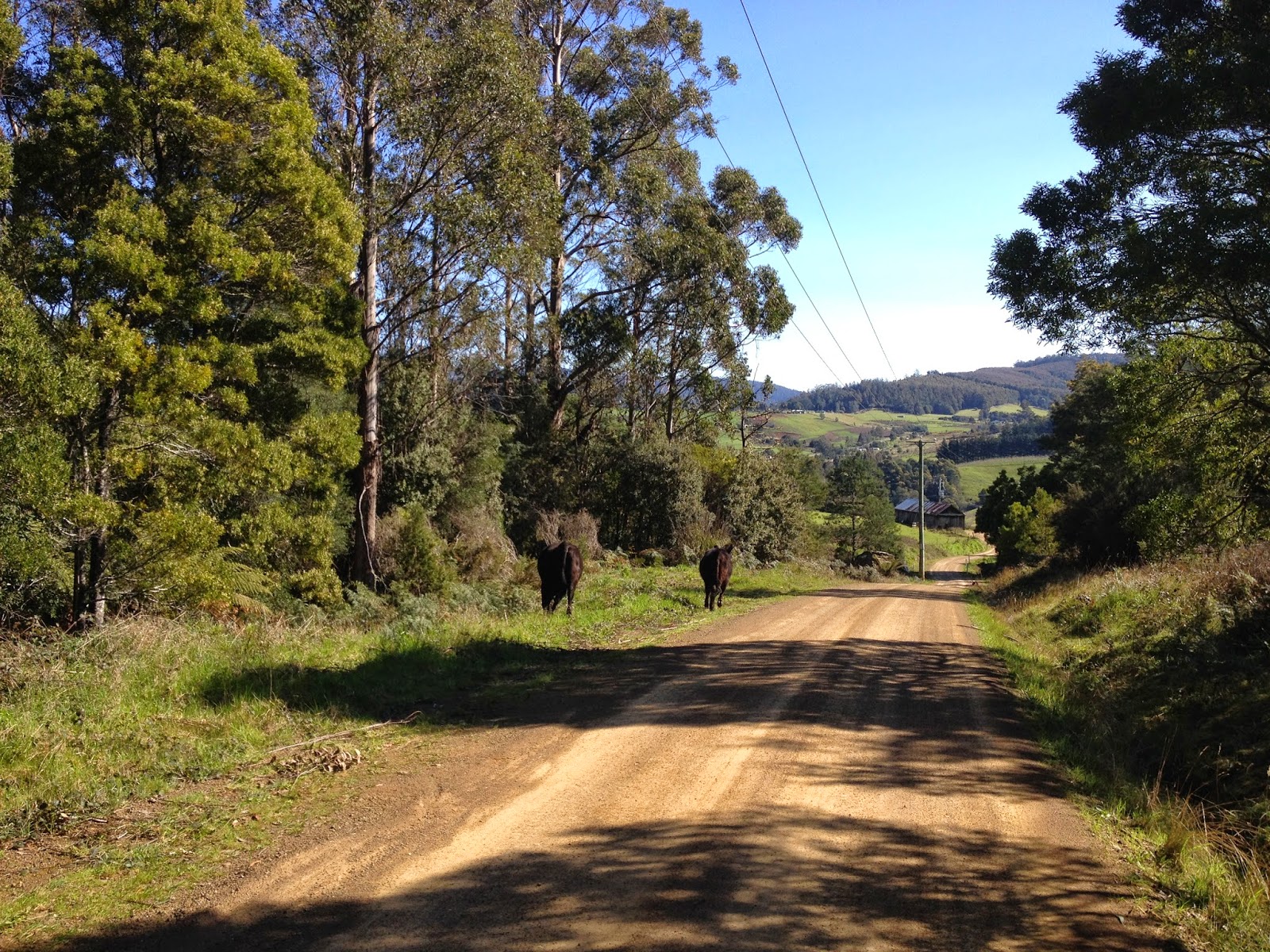 It was a lovely walk on a sunny day, with the rivulet running alongside for much of the way and something new around every corner. Chooks, cows, birds, blossoms... and two NBN satellite dishes at the top. 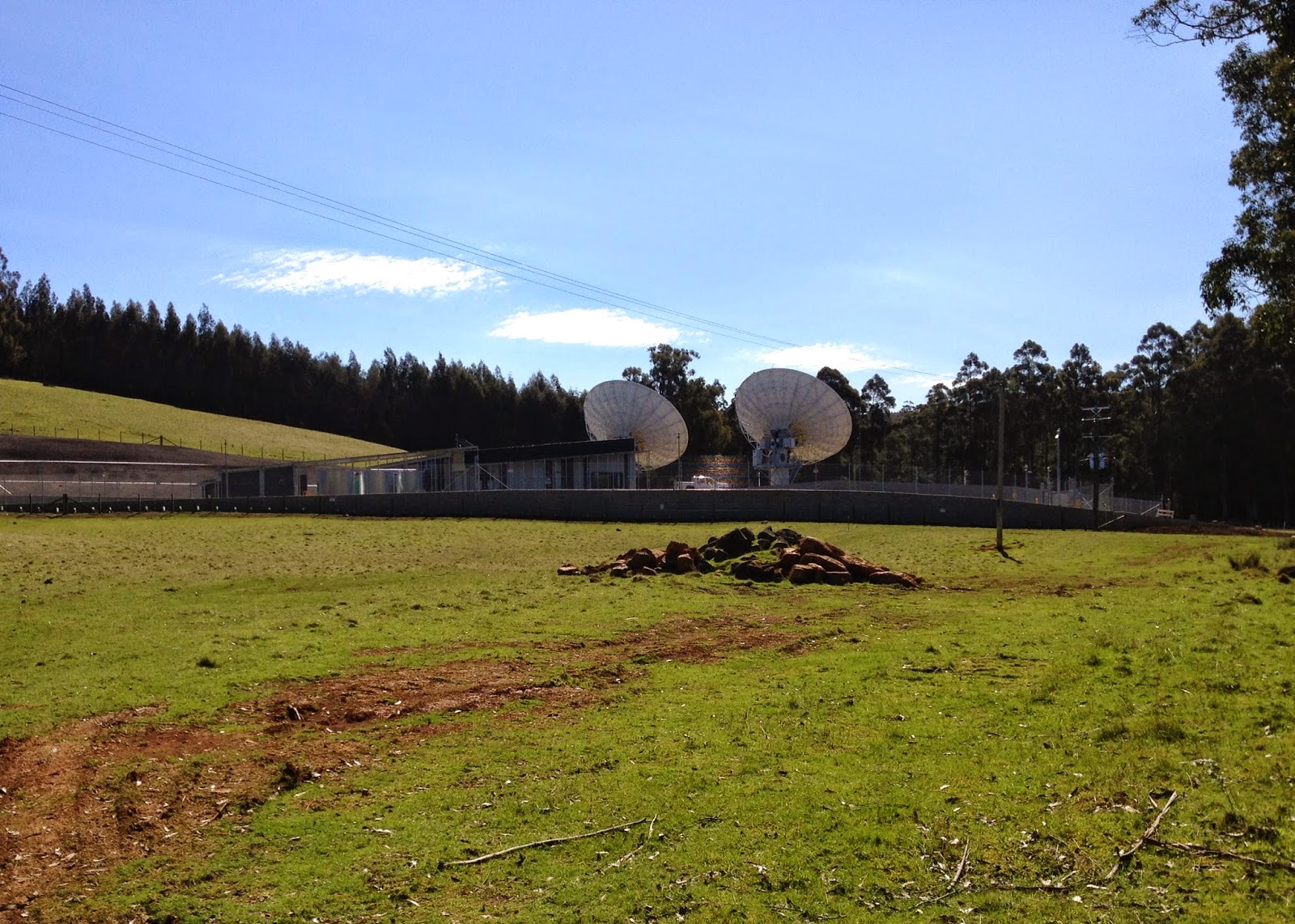 The bus driver told me he used to live near the top of that hill as a kid and had to walk that way to school every day. Hmm... nice walk for me, but perhaps not one he ever wants to do again. 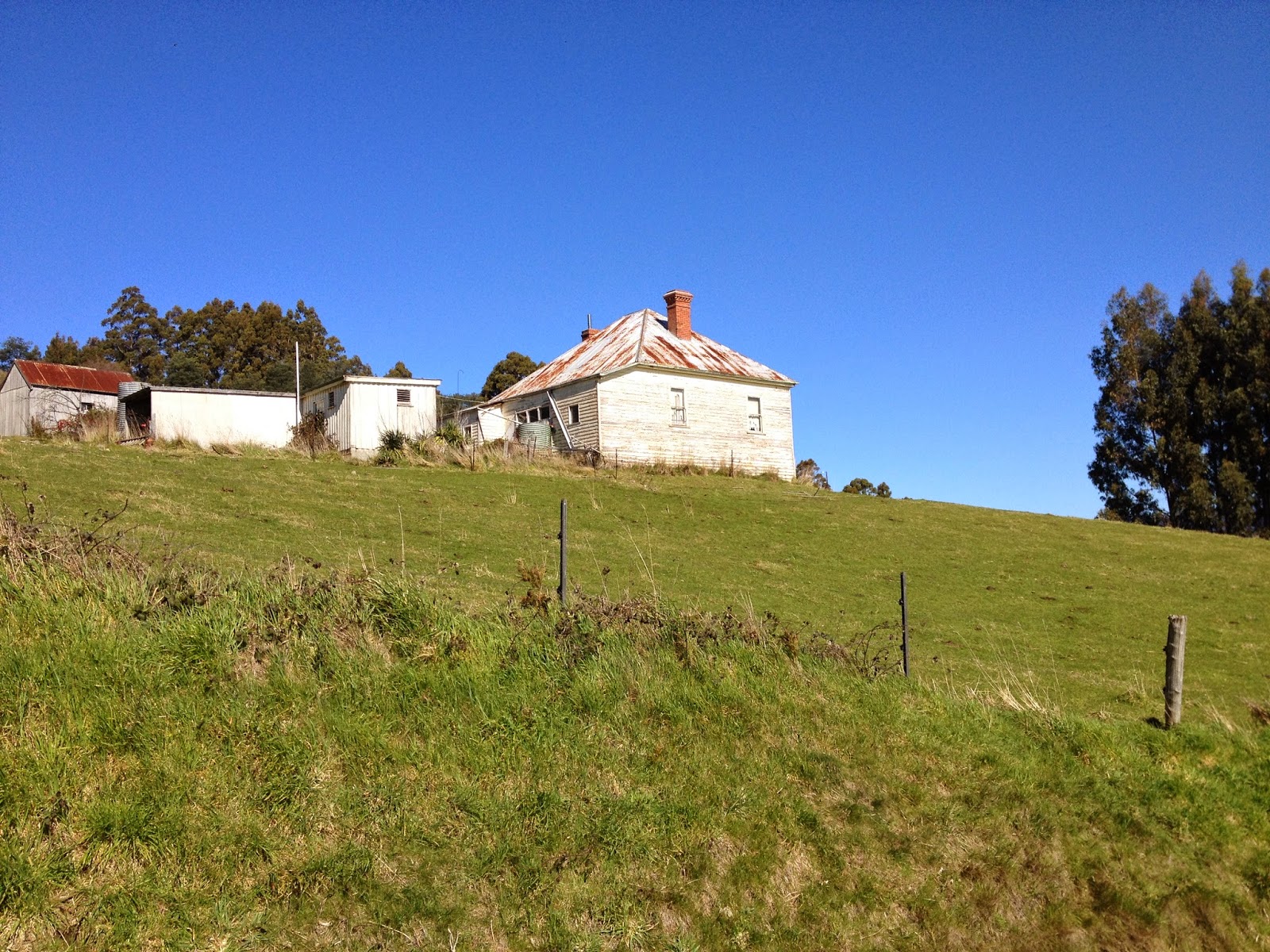 It was entirely fitting that Mrs Frances Underwood, wife of the late Governor of Tasmania Peter Underwood (beautiful tribute to him here), officially opened the Jane Franklin Memorial Museum and Gallery in Franklin today. In her speech, she drew comparisons and contrasts between Lady Jane's experiences as wife of Tasmania's Governor Sir John Franklin, and her own experience in that same role over recent years.

Vice president of the history group, Alan Cato, gave a lovely speech about Franklin and the importance of its past to its future. Dr Alison Alexander, author of the book 'The Ambitions of Jane Franklin', arrived in period dress and also said a few words about the determined Lady Franklin, who purchased land to establish the settlement of Franklin. A beautiful piano that belonged to Lady Jane stands proudly in the corner. Another clever history group member Jane Walduck has made a reproduction dress of Jane Franklin's from a photograph.

The museum is located in the former St. John's church hall, purchased a few years ago by fifth generation apple grower Naomie Clark-Port. Indeed her ancestor John Clark is credited with building the hall in the first place. Naomie is also the joint owner of Frank's Cider, named after her grandfather Frank Clark. The museum and gallery space is shared with a soon-to-be-opened cider bar and cafe. I am looking forward to enjoying a Frank's Cider there and taking a slower look around the museum soon. It features history of the apple industry, the Franklin waterfront, reclamation, egg island canal, local families, war history and much more to come. 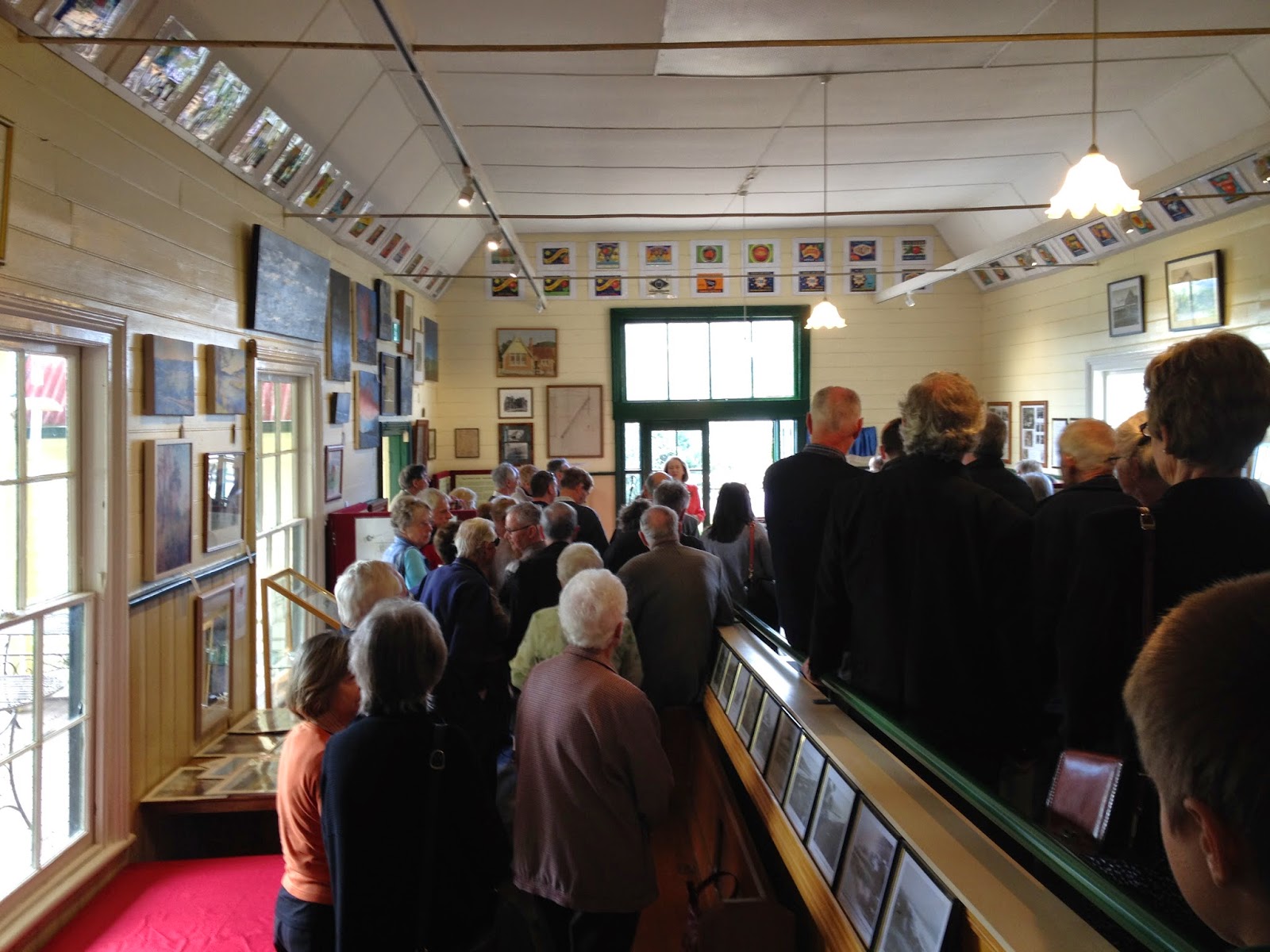 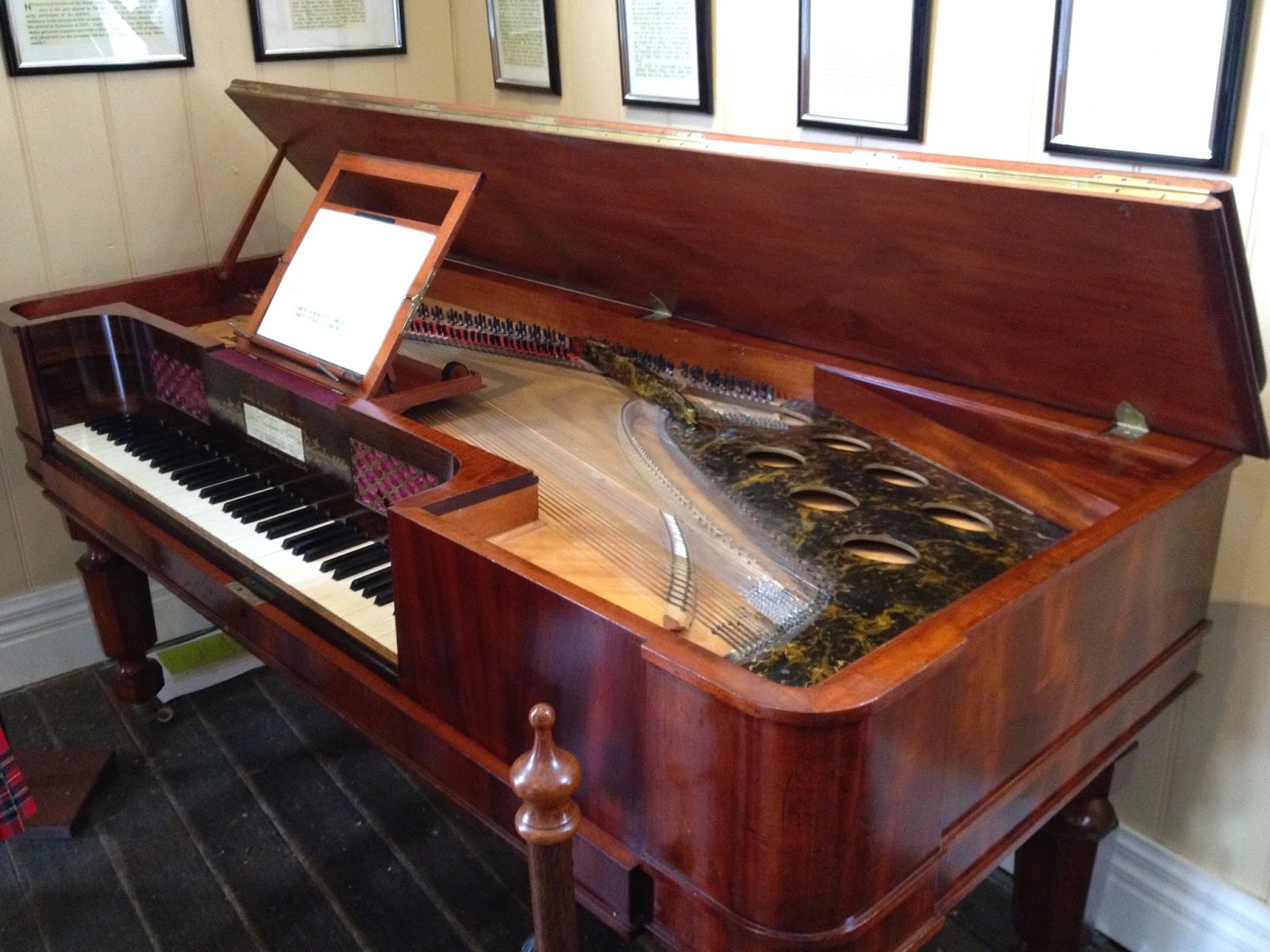 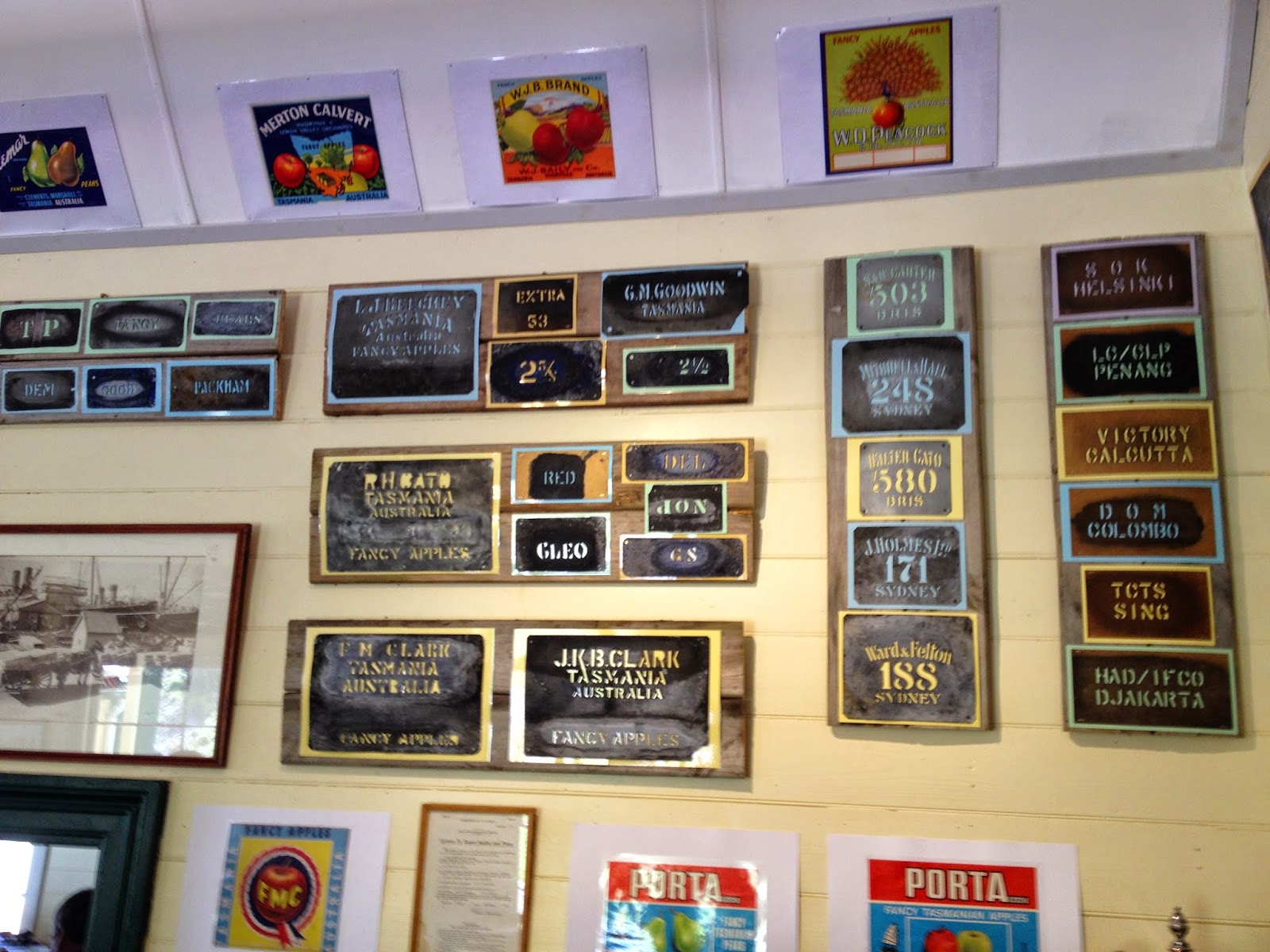 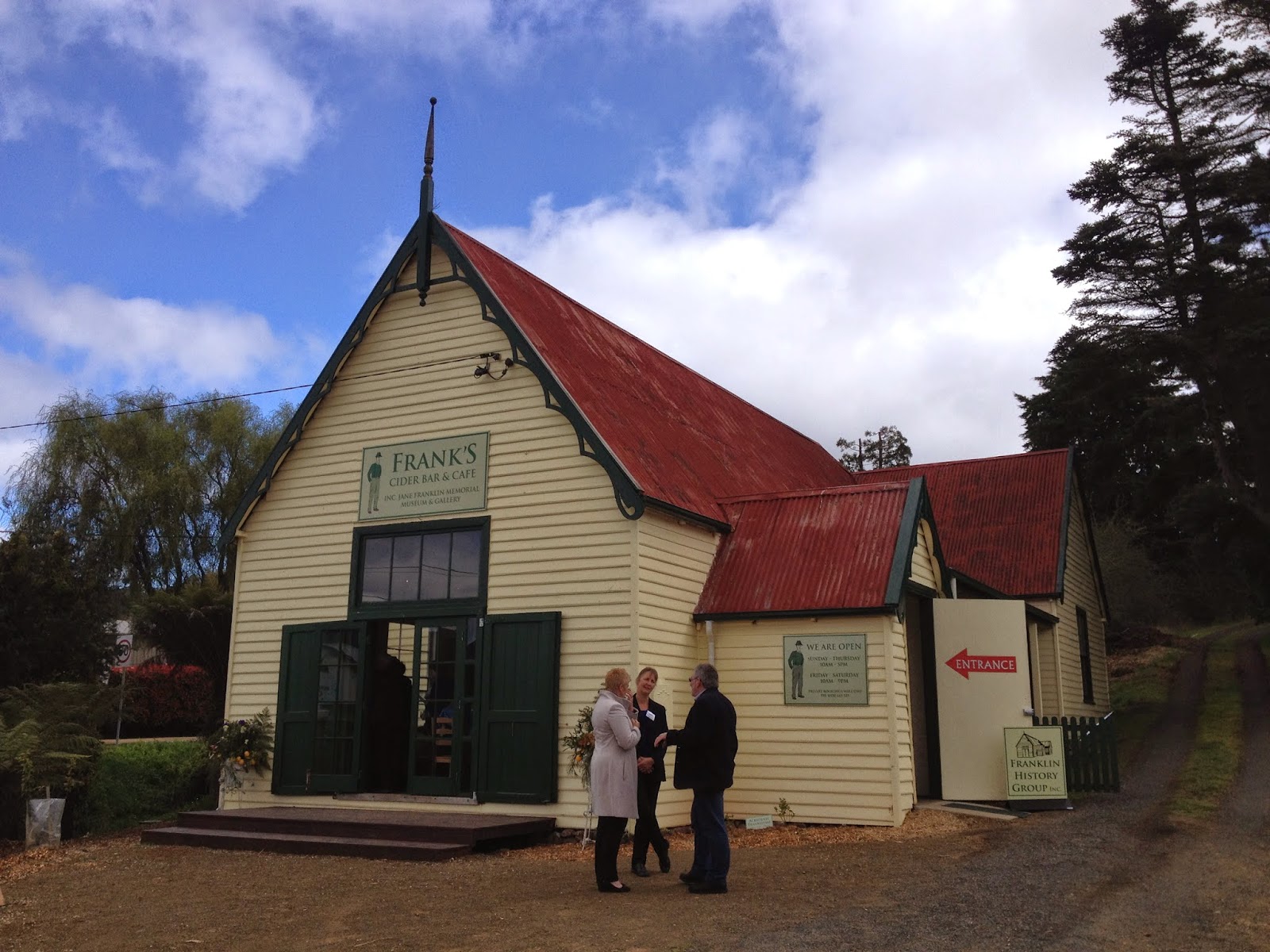 There's a new dance craze going down in the hills of Franklin, demonstrated here by Sebastian:


Go on boys, you know you want to... do the rooster! Point your wings at the ground, kick up your spurs and shuffle in a circle, fast. Twice if you're game. It's a hit with the ladies.

Posted by Susan Moore at 9:39 AM No comments:

There is a paddock on the road between Huonville and Ranelagh (we drive past it regularly on our way out to the Summer Kitchen Bakery) that we call the 'field of lambs'. Each spring, it is dotted with ewes and their tiny lambs. So adorable. 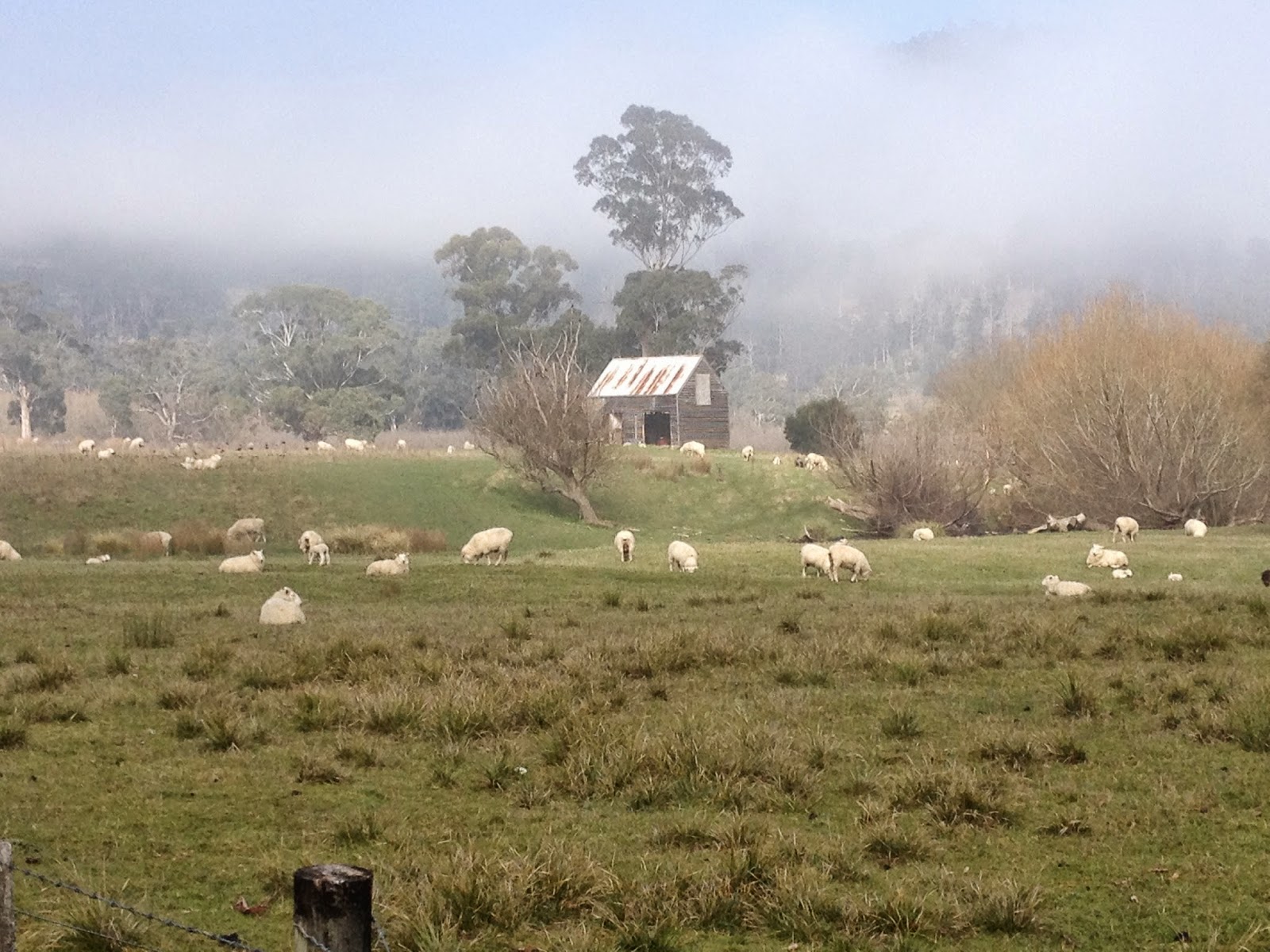 Springtime has hit the Huon Valley and there are now 'fields of lambs' everywhere. This one in a former orchard on the banks of the Huon River contains beautiful black-faced sheep and their tiny offspring in amongst the old and dead apple trees. The sight just makes me say "awww" every time I drive past. 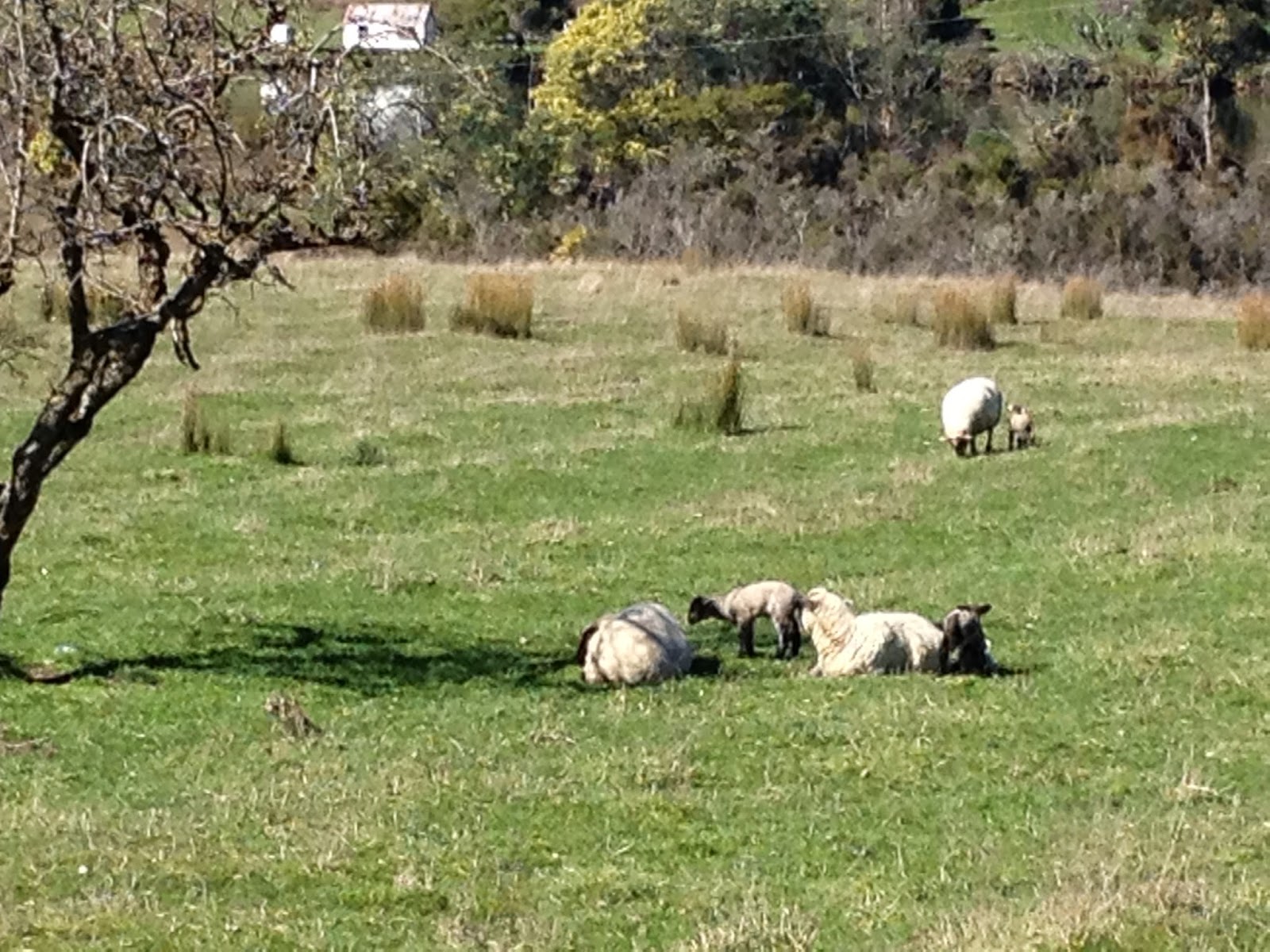 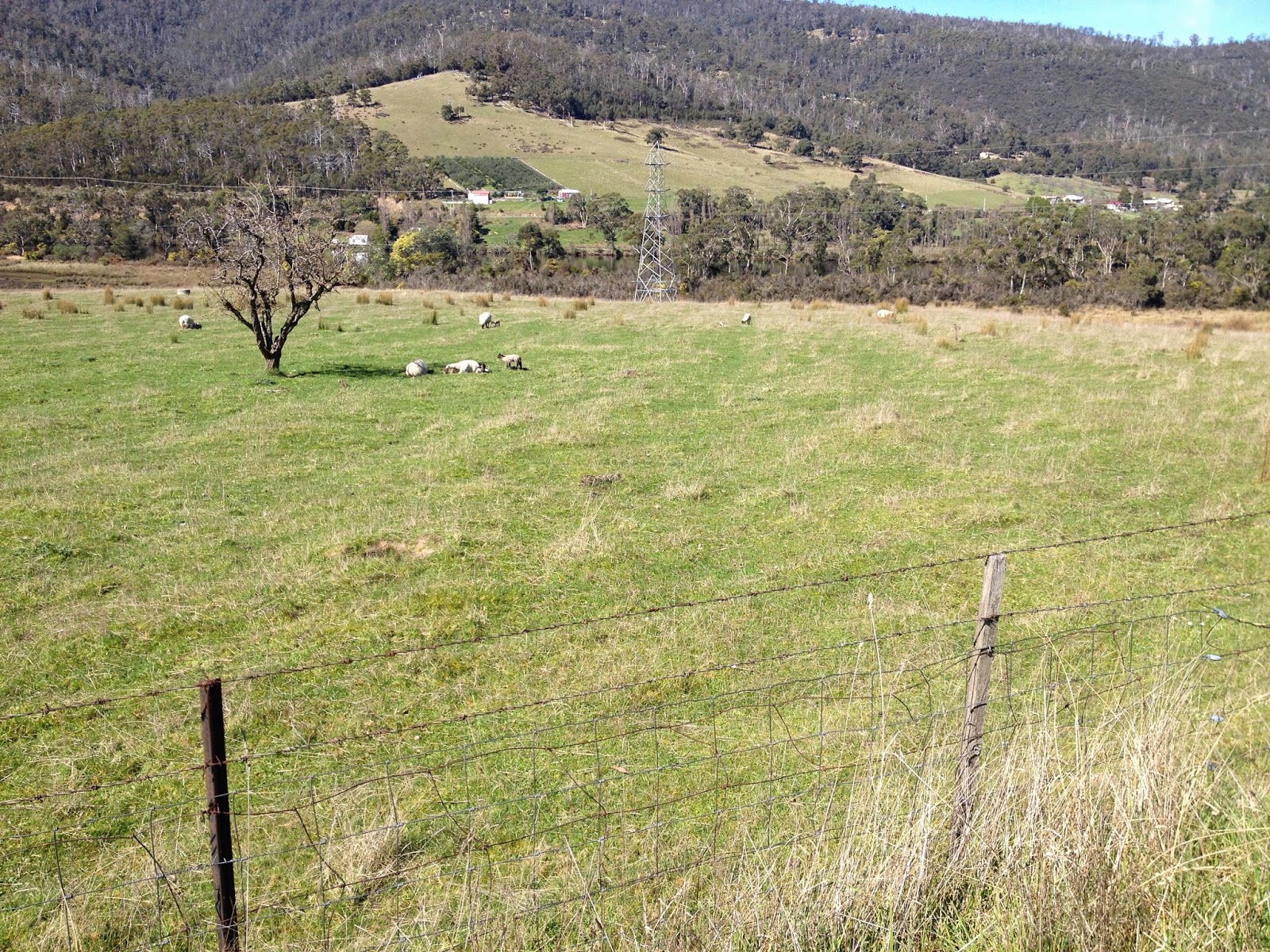 Posted by Susan Moore at 7:32 PM No comments: